This is the 2nd acquisition Ascend has sourced for Fidelity in the past four months.

“We are excited to have Systems Contractors join the Fidelity BSG portfolio of companies,” said Dave Lanphar, Fidelity BSG CEO/Partner. “This acquisition allows us to fulfill our strategic expansion plans into the robust North Carolina market and increase our service line offerings as they pertain to the HVAC/mechanical industry. We look forward to exciting developments as we welcome all of the Systems Contractors team members to the Fidelity BSG family.”

With over 1,400 team members, 24 locations, and 75+ years of experience, Fidelity BSG is a leading provider of integrated technical building services for the commercial and industrial facilities market. Product and service offerings include emergency generators/power systems/systems, building mechanical/HVAC Systems, building automation & controls, and systems integration, with its core markets being commercial, industrial, and institutional facilities. Fidelity BSG is a portfolio company of Oaktree Capital Management.

Dave added, “Special thanks to the Ascend team for advising us in what will be our second closed transaction together in the past four months. We engaged Ascend based on their expertise in the HVAC/mechanical sector and their ability to drive a sophisticated, efficient process. Their commitment to our transaction objectives helped drive a successful transaction for us.”

Over the last four years, Fidelity BSG has embarked on a national growth plan that has expanded its service line offerings and geographical presence in the Mid-Atlantic, Southern and Gulf regions. Systems Contractors marks the 10th organization to join Fidelity’s national portfolio of companies, adding another layer of mechanical services to Fidelity BSG’s HVAC/mechanical offerings.

“We appreciate the Fidelity BSG team for the trust they place in Ascend as their exclusive buy-side advisor to identify high-value market segments and companies that expand their customer base and service offerings,” said Eric Parekh, Managing Director at Ascend. “We are thrilled that we were able to leverage our expertise and relationships in the industry to identify Systems Contractors as an ideal partner and further strengthen their market position.”

This acquisition was effective February 8, 2021.

Special thanks to the Ascend team for advising us in what will be our second closed transaction together in the past four months. We engaged Ascend based on their expertise in the HVAC/mechanical sector and their ability to drive a sophisticated, efficient process. Their commitment to our transaction objectives helped drive a successful transaction for us. 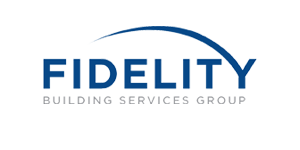 Fidelity BSG was founded in 1945 as a full-service mechanical engineering, contracting, and service company that introduced air conditioning, refrigeration, and process cooling to a new marketplace. The advent of air conditioning went on to revolutionize the entire building industry and Fidelity BSG has been on the leading edge ever since. Today, its geographic footprint has grown beyond the Mid-Atlantic, extending south through several Gulf States and Fidelity BSG has established itself as a premier provider of high-performance building solutions. For more information, visit fidelitybsg.com. 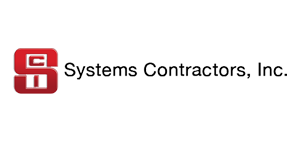 Based in Greensboro, North Carolina, Systems Contractors is a full-service HVAC/mechanical contractor that offers a wide range of systems, solutions, and services for commercial and industrial HVAC needs, including design/build, building automation systems (BAS), duct work/metal fabrication, piping, and custom air handling units. For over 40 years, Systems Contractors has maintained a leading edge in delivering the latest innovations and technology to its customers, ensuring that their facilities run efficiently and comfortably. For more information, visit systemscontractors.com.

In the News, Insights

Ascend Featured in Mergermarket Discussing M&A in the Cybersecurity Space

In the News, Our News

In the News, Insights